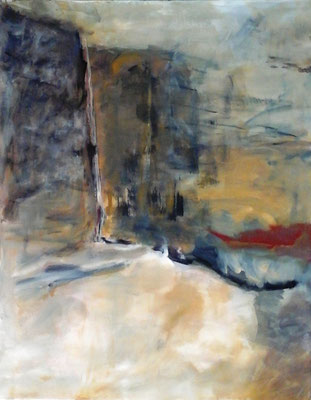 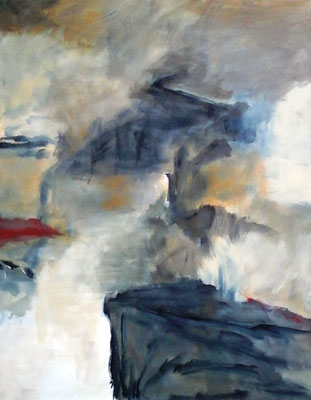 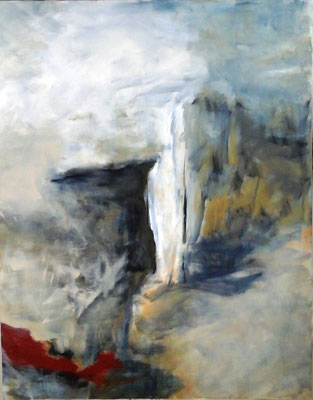 Norway's Landscape through the Eye of the Artist

There can be no all-encompassing description of the country's scenery –

its extent spanning 1700km from the south of Lindesne to the North Cape.

Traveling by car, one would have to cover 2518 km to traverse the

country from southernmost to northernmost point. Still, there is a

unifying aspect to the scenery's character – its genesis being the last

ice age, during which an icy shell of up to 3km thickness covered

and large islands and skerries. Further inland, Norway's many lakes,

The large mountain ranges, too, bear witness to their origins by the

smooth shapes the ice has ground the stone to.

We accompany Trudy Wiebus through this archaic landscape and experience

the light of the North and its dramatic contrasts. Blonde summer nights

suffused with light, or the winter's darkness that mutes all fiery

autumn colors to leave only shades of black and grey.

Norway's nature is not hospitable, its countryside not sweet and

inviting – instead, it shows elementary stark, frightening beauty that

challenges the observer. One quickly feels alone in a hostile world and

savage wilderness. The same sentiment, ``These nordic realms, the

nature's beauty holds the lead, and its children – man – play only a

minor part'' was uttered by the Norwegian painter Peder Balke, whose

works were seminal in the nineteenth century. Baldes paintings already

exhibit an artistic freedom that is not limited to the pictorial, but

Since Monet, nature and light have become artistically intertwined. The

Norwegian paintings of Trudy Wiebus, too, bear this property – they are

governed by the light and dynamic nature: the tension between

mountainside and fjord, the horizontal and vertical, and the colors of

the North: all nuance of black and white, blues and greens, white and

grey, to all shades of purple.

We can comprehend her paintings as abstract landscapes, foreground and

background vanish into nature and are joined as a complete image.

Horizontally, we see a resemblance to the separation of earth and water,

The natures elements and their hues, the dramatic performance of nature

become part of the paintings, like the festival of colors in the nights

sky or the overwhelming spectacle of the Aurora Borealis.

the invisible. Trudy Wiebus' art is an examination of the experience

that opens our eyes and allows us to see.